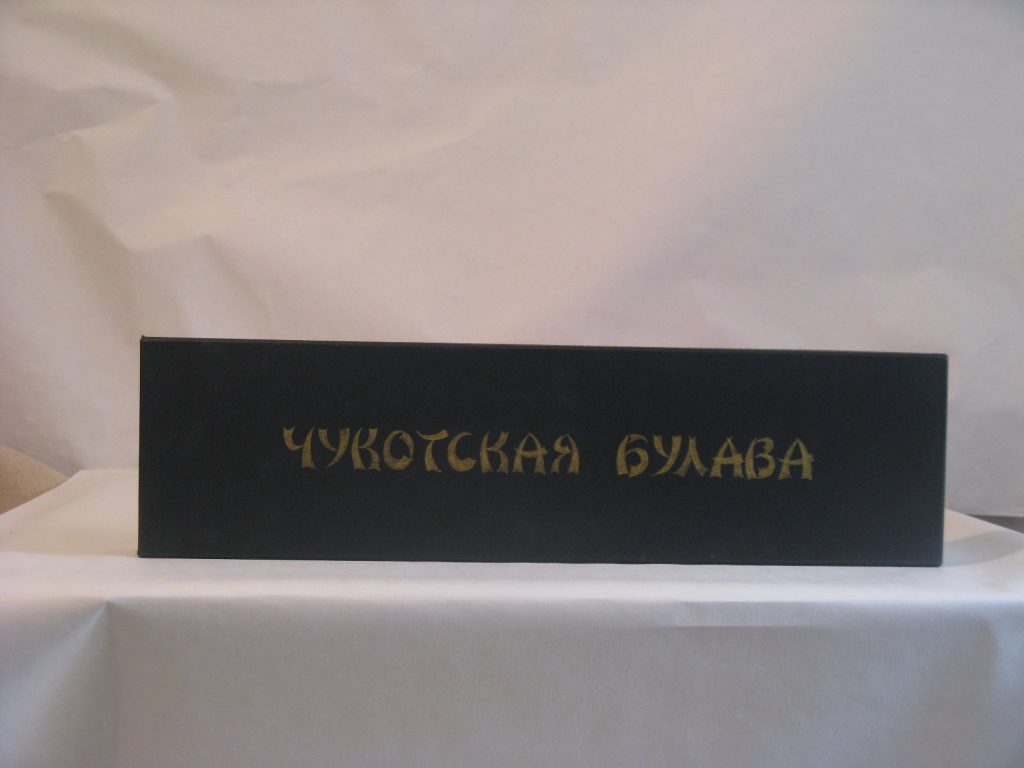 It is 50 cm long. Walrus penis. The weapons of the Chukchi warrior. Chukchi used walrus penis as a weapon because of what the walrus penis in the north is sometimes called: “Chukchi club”, “Eskimo mace”, “club”. In the hands of a skilled warrior, this object was a formidable weapon. The walrus penis, a warrior decorated with symbolic signs and ornaments, as a rule, northern animals, a bear, a wolf, a crow. It seems for the enemy there was little pleasant to get on the forehead with such an object.)))) It can be used today as a weapon for self-defense. According to old legends, a man who has such an object in the house. Will remain a man until the end of his days. A gift for men possessing sense of humor.