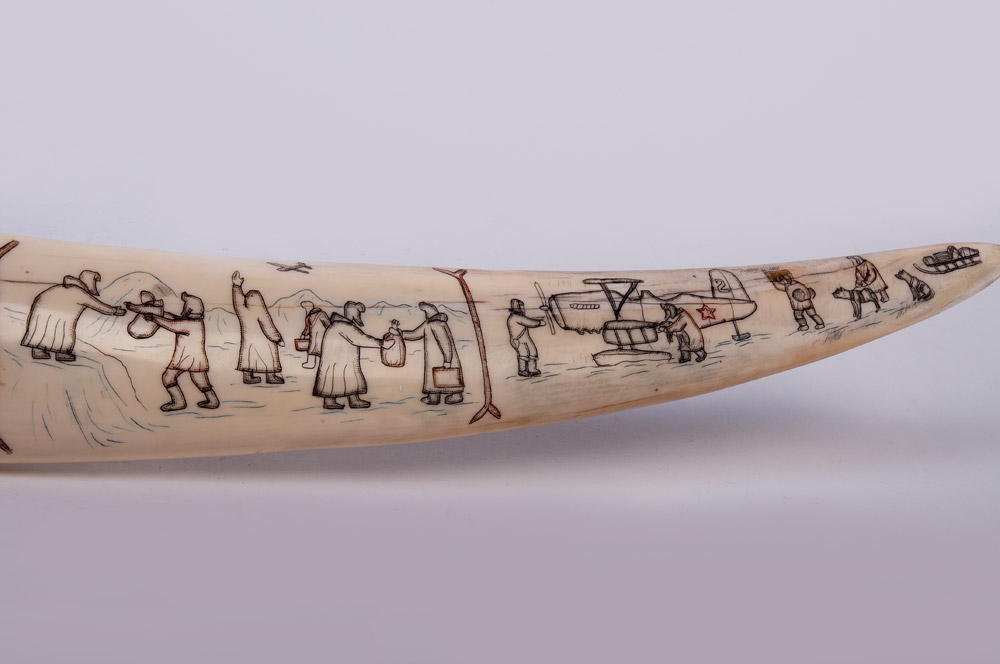 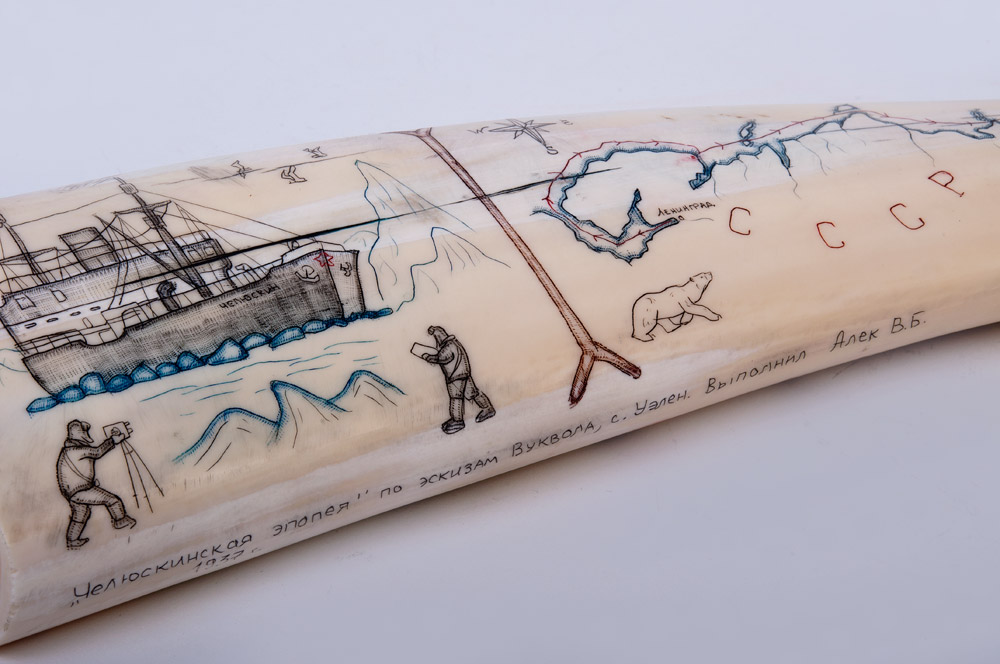 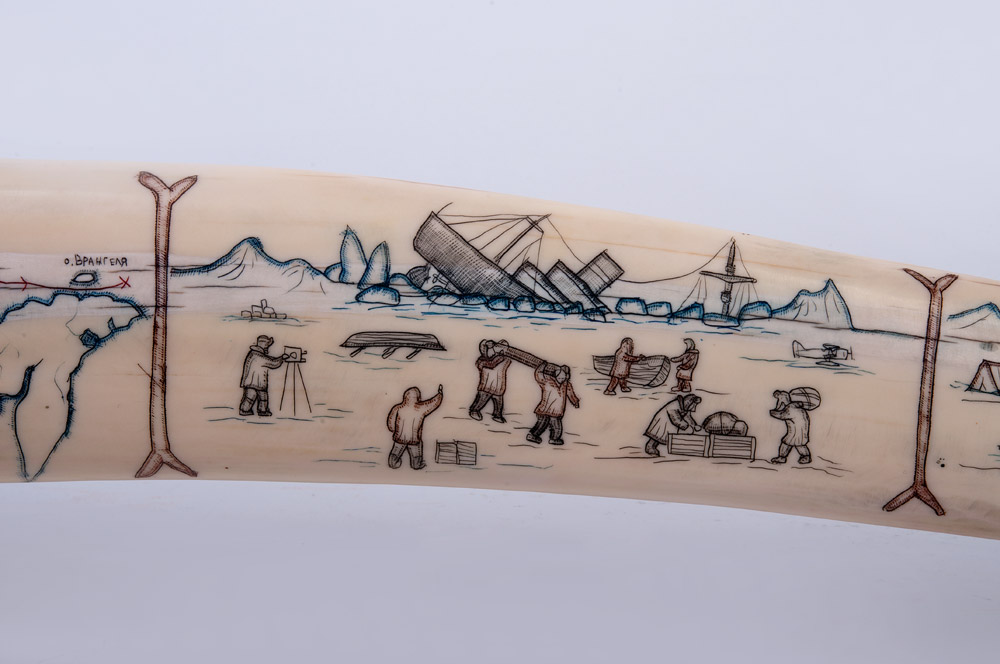 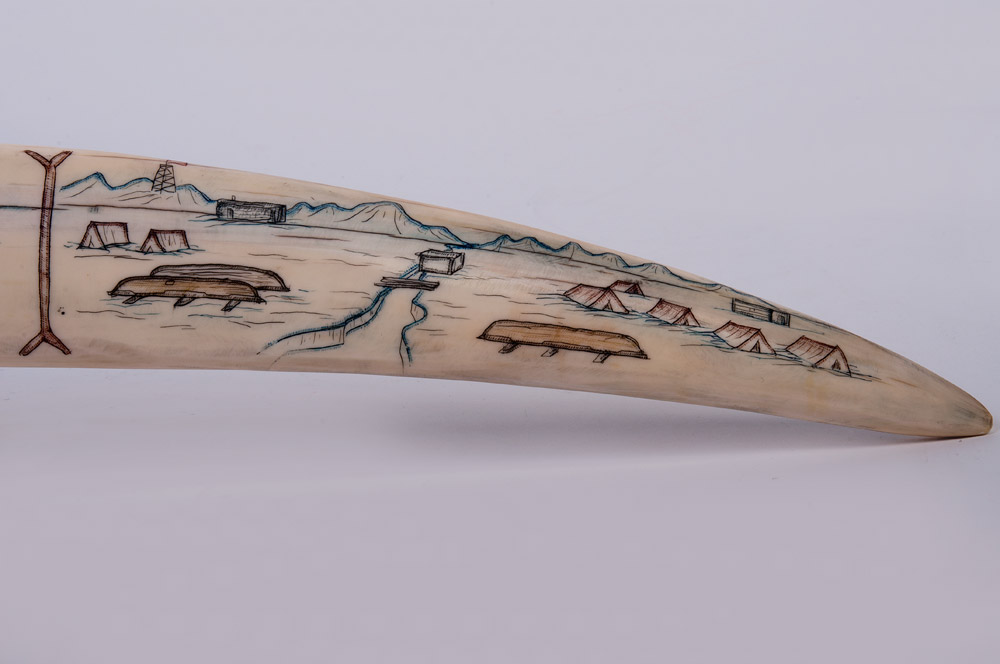 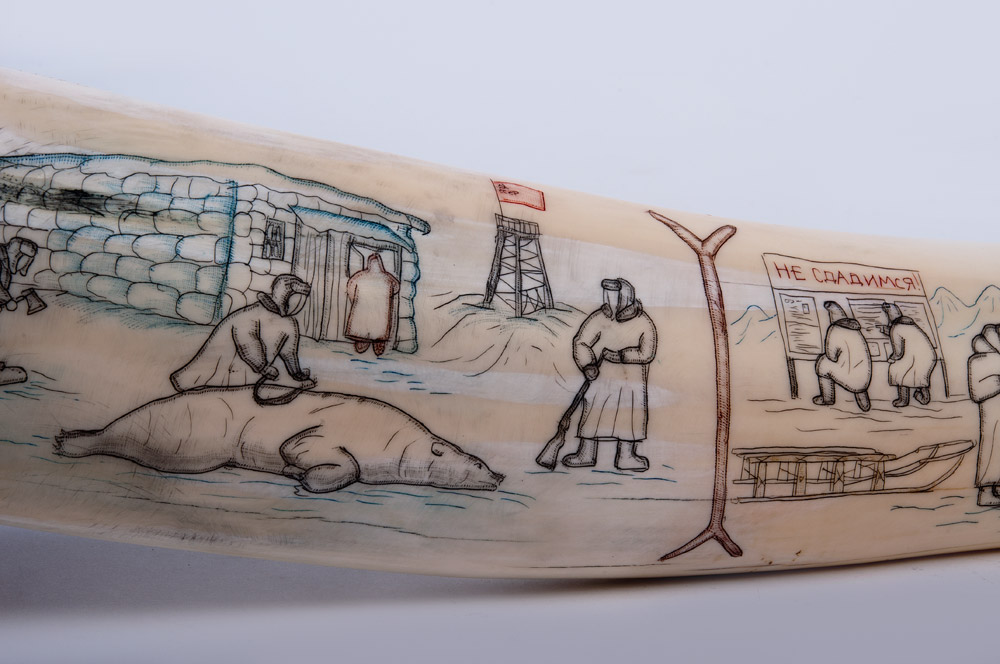 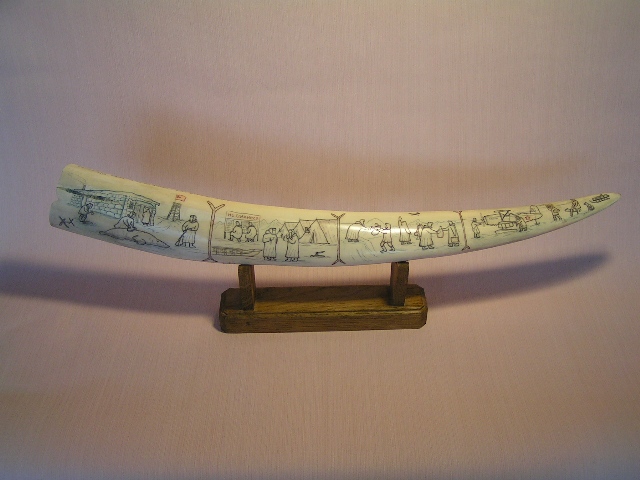 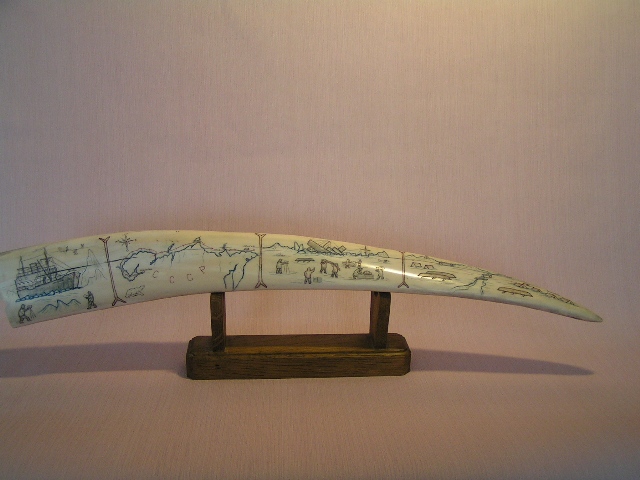 60 cm long. On August 10, 1933, the steamer Chelyuskin sailed from Murmansk to Vladivostok through the northern sea route. On February 13, 1934, it was crushed by ice and sank in the Chukchi Sea. People in the amount of 104 people (one drowned in the radio room) landed on the drifting ice in the Arctic Ocean, 267 km from the village of Uelen, where, actually, the bone-cutting industry originated. From March 5 to April 13, all passengers of the ill-fated flight were rescued by our aircraft. At that time, a maximum of 5 people were put on board the aircraft. Naturally, such an event, has found a response from the indigenous people of Chukotka. That became embodied in bone carving art. The famous Chukchi master cutter Vukvol made sketches of these events on paper. Master Eyguk performed the first work of those events on the walrus tusk, 1937. Exact copy of the work in 2011