ATTENTION!!! SPECIALLY BY DAY OF THE RAILWAYMAN!!! EXCLUSIVE!!WEIGHT 25 KG!LONG 130 CM! 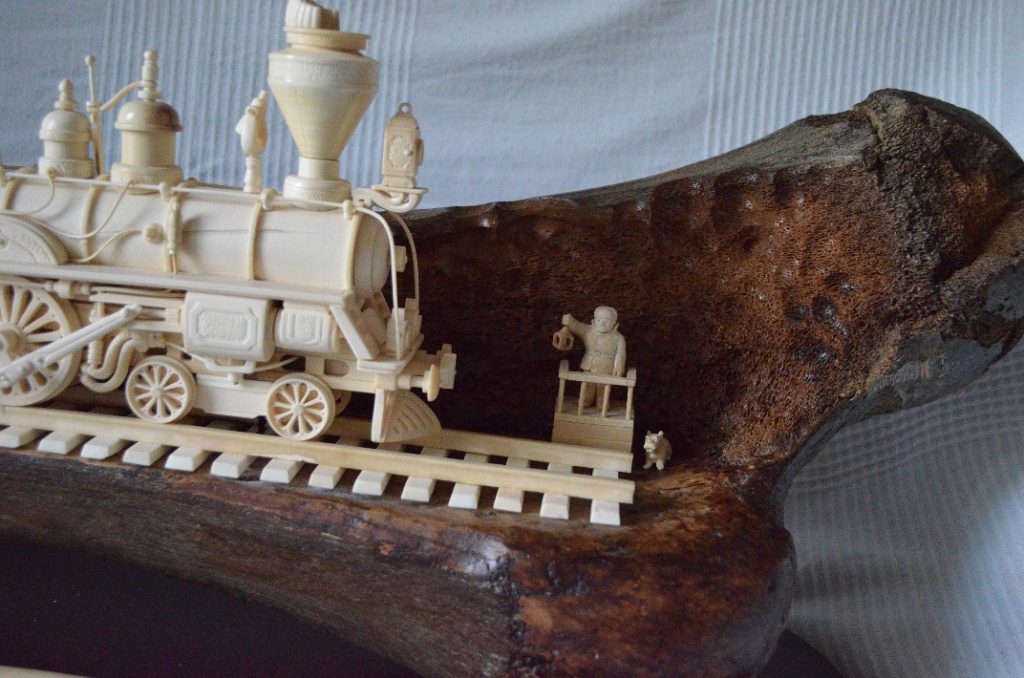 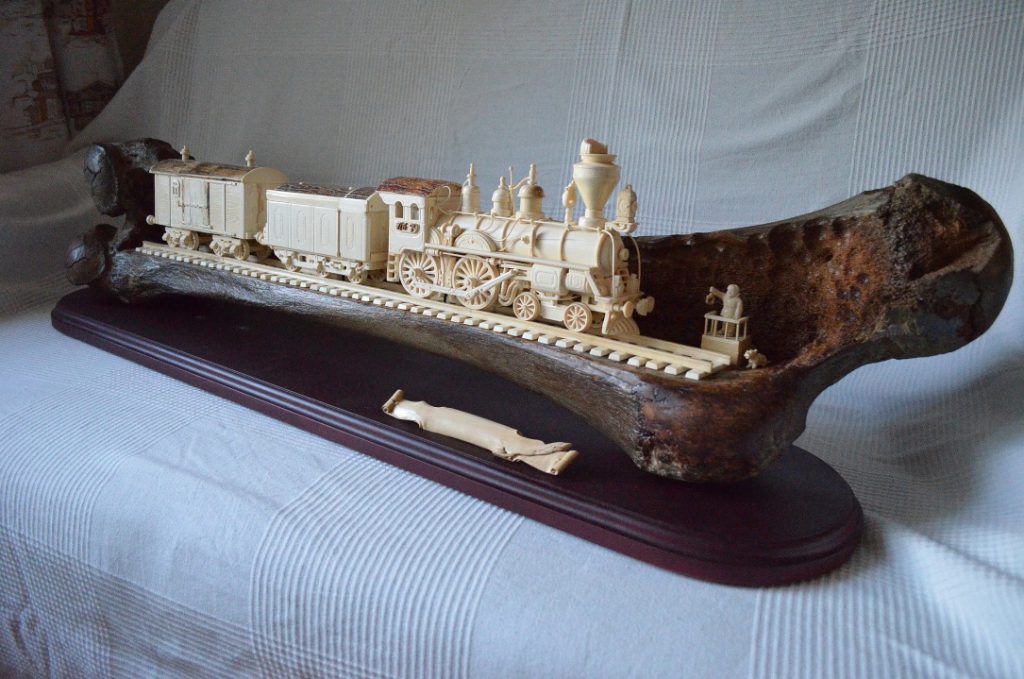 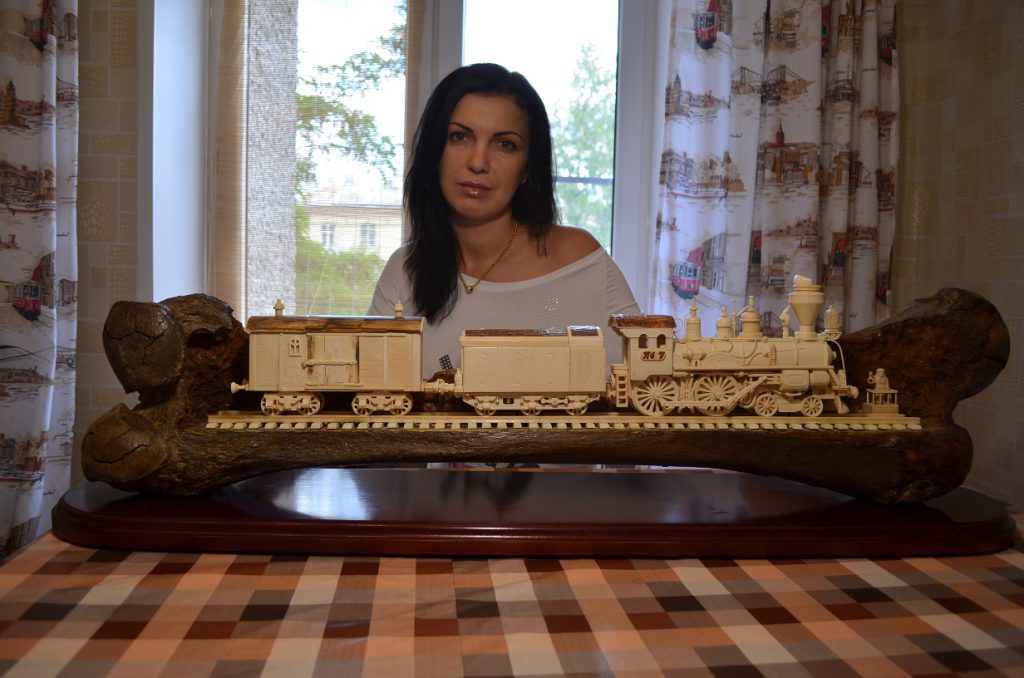 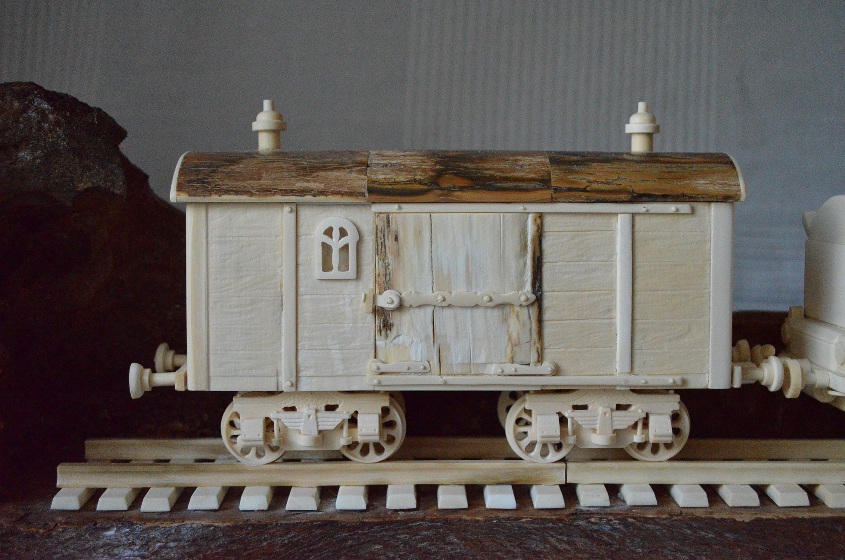 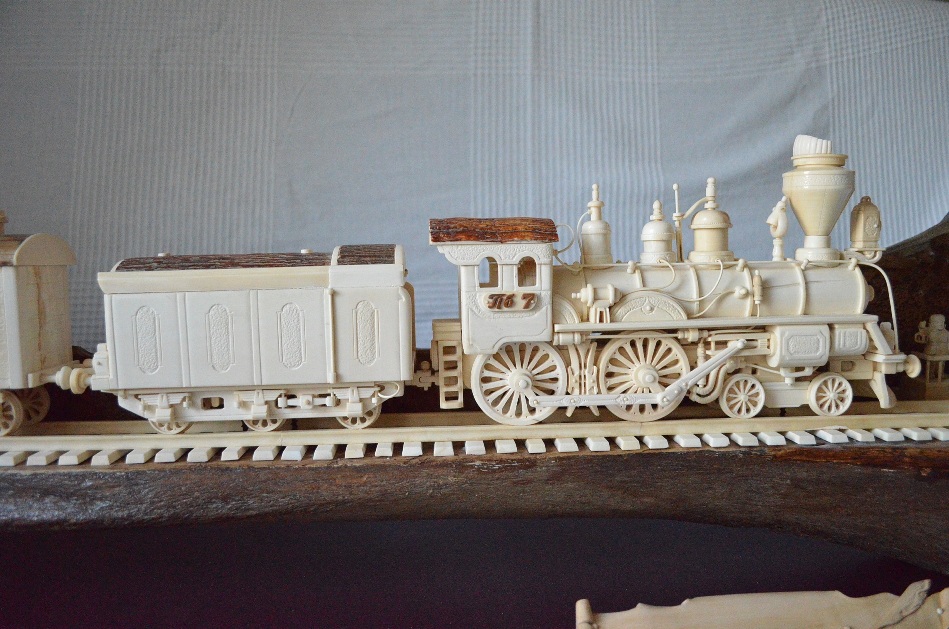 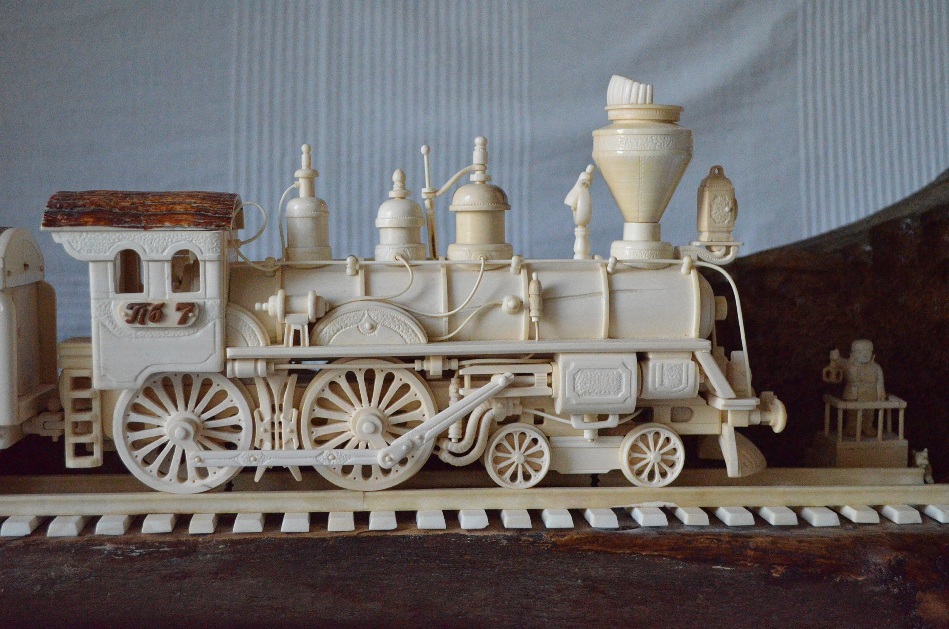 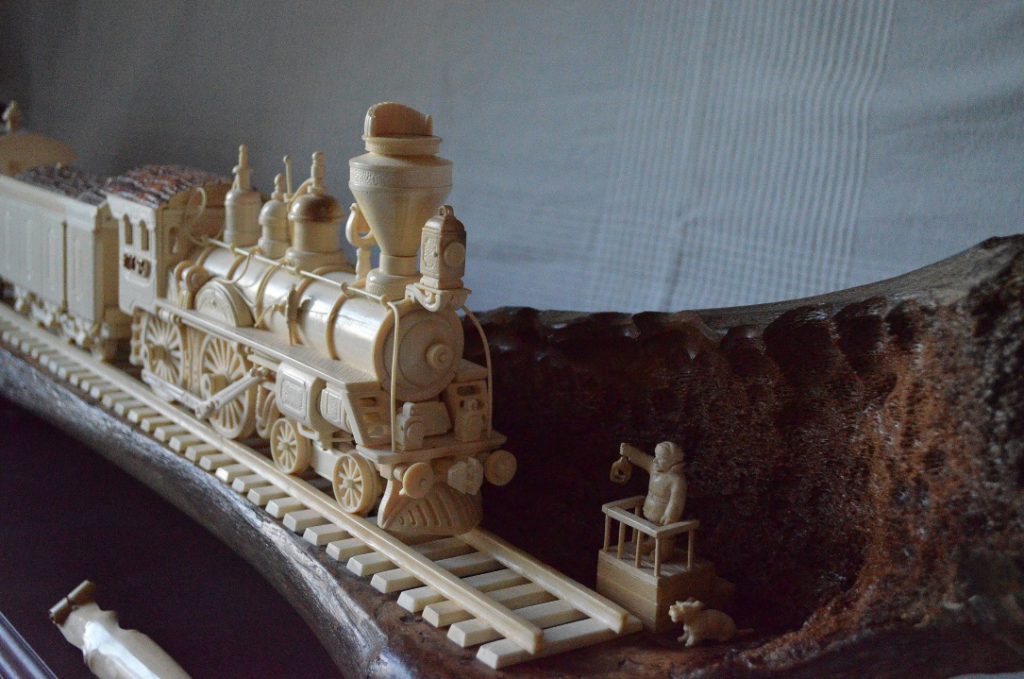 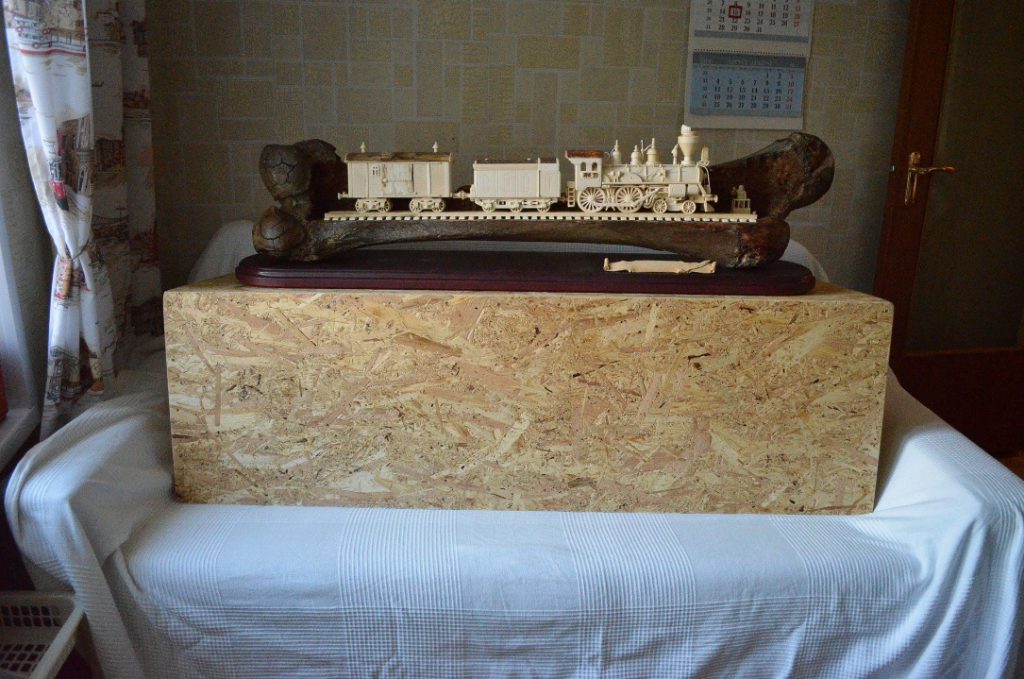 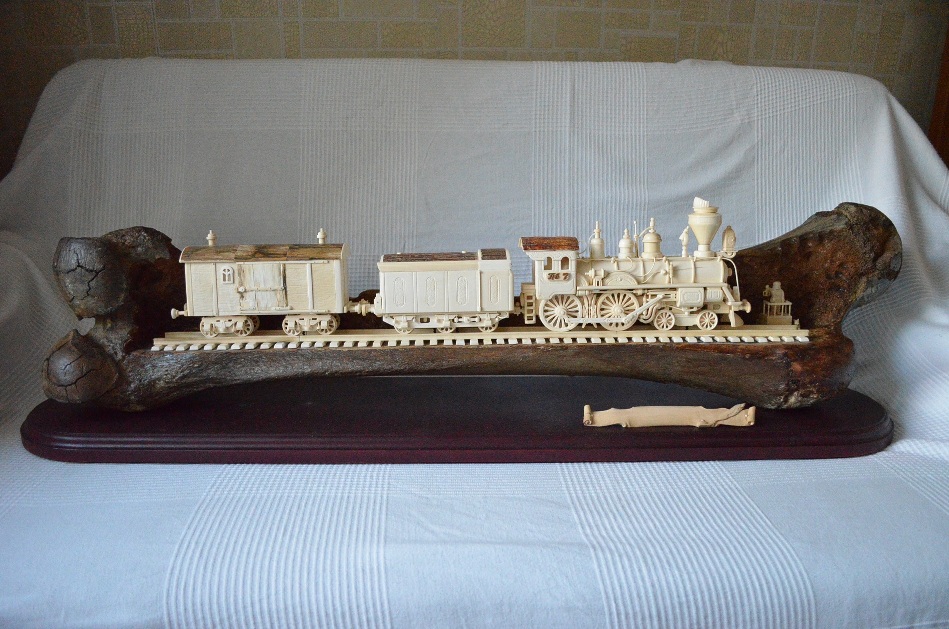 Attention !! Exclusive !!! This you have not seen before! Monumental work from mammoth tusk !! Gift to the employee of the railroad. Gift of the Russian Railway. Stand: mammoth leg from a giant individual, a rare size (130 cm). Locomotive model: mammoth tusk. Detailed, accurate study of all nodes. Beautiful memorial plaque made from mammoth tusk, on it we can put your text.

Locomotive PB-7. Anniversary issue. The designer of the steam locomotive PB is the great Russian innovative engineer Alexander Parfenovich Borodin, the founder of the Russian school of steam locomotive engineering. In 1879, Borodin organized a laboratory on the South-Western Railway, which examined water, fuel, lubricants, metals used for the operation and repair of rolling stock.

In 1880, on the basis of the Odessa workshops of the South-Western Railways, he created the world’s first locomotive laboratory to test them in stationary conditions. It was there that the first passenger high-speed steam locomotive of the P series was built, which after successful tests and dorobotok was put into production at the Putilov and Kolmensky factories. The four-cylinder steam engine of dual expansion allowed us to develop a speed unprecedented for those times at 107 km per hour … (for tests, PB 7 showed an absolute speed record of 130 !!! km per hour).
Locomotives of series P (passenger) were successfully operated until 1930, until they were replaced by more powerful three-axle machines ..
23700 $ .
Скидка:
Сумма налога:
Order
Список желаний очистить список?
Список сравнения очистить список?
Ask a question about this product